After this summer, 72% of British adults are now ‘very’ or ‘fairly’ concerned about the impacts of climate change. Is the UK on track to a sustainable future with its actions? Only in the power sector. All other sectors have remained about the same.

The past 10 years have been full of suggestions of small changes people could do, but unfortunately few take them up. What if the UK got serious about progress? We’re up against major polluters that spend 10 times as much on climate lobbying as green groups.

We need to be doing the things that evidence shows actually work such as the list below. We need to have plans. Effects need to be substantial and measureable. The Clean Growth Plan 2017 wasn’t backed up by the numbers.

For sure this is not easy, but Government does have the resources, actions (below) are straightforward and supported by evidence. These are the sort of items that should be in a credible Government plan.

Lord Stern did a lot of work with IAM’s following the Stern Review which was commissioned by the government and published in 2006. A lot of suggested policies are tested through economic modelling, there are special economic models, ‘IAMs’ for climate change. In the models voluntary action isn’t enough when there are ‘externalities’, i.e. it’s free to pollute, polluters don’t pay for the damage they cause to others. He established 6 market failures which led to this in his book “Why are we waiting”. Stern also worked with Deitz and showed that when realistic damages are taken into account the social cost of carbon is $200/tonne CO2 rising to $1000 a tonne.

Even Shell Oil (yes the oil company) estimates the only scenario that might meet the Paris agreement puts a cost on Carbon that rises to $200 per tonne CO2.

Does this mean higher bills? No, not necessarily, interestingly enough, the Government recently consulted with a leading economist, Dr Dieter Helm, to find out why our UK energy bills were so high. He concluded that UK consumers are paying too much and the cost could be reduced because there are too complicated, too many legacy costs, policies and regulations and he recommended they could be cheaper while still applying clear market signal of a universal carbon price across all sectors.

Therefore the first thing we must do is put a sensible price on CO2. It’s not free to pollute, it actually costs our nation and others a lot of money. Stern found that it’s much cheaper to act than to do nothing in 2008 because of the wide and diverse impacts – that’s another article on its own.

Regulations can be set to save home owners money, for example the EU’s Energy Performance Buildings Directive recast for example is specifically geared around minimum lifecycle cost (see graph).

Regulation is effective. The only sector that has reduced in emissions over the last 10 years is the energy sector, largely due to legislation around coal power stations. Regulation was one of three pillars in Germany’s energy saving programme which has been much more successful than ours. Another pillar was effective communication.

Relying on a market approach – i.e. deregulation – has been catastrophic in New Zealand which relaxed its regulation relating to housing, allowing people to ‘self-certify’. This has led to a huge crisis, with poorly constructed timber housing that has become mouldy and unhealthy to live in. Avoidable costs are now estimated to be $11.3 billion.

As Tom Jarman says, an informed client that sees the value and acts without regulation would be preferable. But we live in a culture where most people do the minimum to meet Building Regs and very few go beyond, so regulation is what’s needed.

3) Evaluation of projects should be by lifetime costing 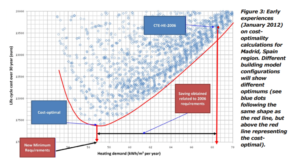 It’s much more sensible to include the total cost during the life of the item than the capital cost, lifetime costs should include the co-benefits – there are many of these, some for the owner, some for the nation. Those to the owner include (for housing) a warmer house, increased house value, a more comfortable and stylish house. Those to the nation include new jobs, reduction in trade deficit (because less foreign gas imported), and reduced infrastructure costs.

4) New houses should be Passivhaus

Passivhaus cuts 80-90% of the energy of existing housing. If we are to reduce carbon emissions by 80% relative to 1990 then this would seem sensible. It does this by focusing on the fabric of the building itself which has a much longer life than renewables. Nor does it rely on wood stoves; half the peak in air pollution in London is from wood stoves, according to an article in the New Scientist (‘Wood-burners: London air pollution is just tip of the iceberg’ – 4 Feb 2017). This can also be applied to new schools and has been very successful. Passivhaus schools had the lowest running costs of all in a nationwide study. Passivhaus also solves another problem we have, that houses do not meet the intended performance of the design, mainly because the SAP models are too simplified – there is a performance gap. Passivhaus is not only higher performing, it actually meets that target.  Passivhaus is becoming much larger scale recently:

It sounds like a small thing but the meat and dairy industry is huge, and most of the farmland around us is grass to meet the requirements of this industry. Five meat & dairy companies are responsible for more emissions than major oil companies. A reduction in meat consumption would also improve our nation’s health, this was found in the Centre for Alternative Energy “Zero Carbon Britain” report.

Those countries not abiding by the Paris agreement are meeting lower standards in order to cut costs. This is not in the interests of the international community and a border tax on products from that country could help address this, as suggested in an article in Nature magazine which proposes a border tax to tackle “free riders”.

Finally, if we do all the things listed above will they work?  That would need an organisation like BEIS to find out, but it’s interesting to arrange typical lists of barriers (right column below) alongside the actions that should address them (left column below).  All the common barriers to action are addressed. All these items above can be grouped into the category of “A) Stimulating Demand”. Full consideration would also include two other sections of action: “B) National Rollout plans”, and “C) Communication”. 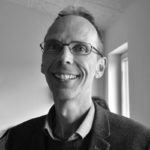 The Soapbox slot is open to any AECB member with a message they want to get across to fellow members and to the wider sustainable building world – the AECB website has at least 60,000 people viewing it every year.   If you’ve got an important point to make, follow our guidelines and submission instructions here.