The following candidates were elected as Trustees to the Board at the Annual General Meeting which was held on 29th June 2012.

Paul is a director of Zero Carbon Britain Ltd, Associate at GreenSpec and Certified European Passivhaus Consultant.  Paul’s sustainability routes trace back to 1994 where he began his career as a Local Agenda 21 Co-ordinator and Recycling officer involved in earlier recycling and composting schemes.  Paul then moved to Norfolk in 1997 and began working on energy efficiency and renewable energy technology deployment and academic research.  He then contributed to the building of a straw bale apple storage barn before completing his post graduate research project at the University of East Anglia.  Paul was Development Director Renewables East, a regional development agency organisation before starting his own consultancy company. Paul is also the leader of the East of England Local Group.

Neill has been a member of the AECB since 1990 and was appointed to the first steering committee in 1993.

A Chartered Architect with a thriving practice in Malvern, Worcestershire, Neill actively promotes AECB CarbonLite and Passivhaus standards through his work. He is also a qualified teacher and has published articles on eco subjects as diverse as paint, furniture construction and roofing technology.

Neill has been Chair of Malvern Hills Agenda 21, a member of Friends of the Earth and was instrumental in securing protection for the Malvern Hills Area of Outstanding Natural Beauty through amendments to an Act of Parliament.

Neill believes that the Association, having established itself as a leader in the eco-building field, must continue to raise its profile in order to remain at the forefront by

Geoff’s background is community empowerment via work in adventure playgrounds, community video and photography and then self build.

He was chair of a self-build scheme in Lewisham where he built a house with his partner, and went on to site manage other self-build schemes in London and Brighton. All of these were projects with a high environmental spec.

Geoff has been active in the Walter Segal Self Build Trust for many years as a supporter, development worker and now as a consultant.

Geoff’s main interest is bringing information to the widest audience by a range of strategies, including theory and practical courses throughout Britain (with the Walter Segal Self Build Trust and CAT) and through exhibitions. All these projects involve looking at the environmental impact of buildings and how this can be reduced, as well as making houses and community buildings that are efficient, safe and pleasant to live and work in.

He has been a supporter of AECB for many years representing it at exhibitions and conferences around the country.

Gary is Director of Design and Sustainability at HPW Architecture based in Hampshire. Founded in 1986 HPW are a multi-disciplined Architecture, Interior Design and Branding studio specialising in Sustainable and resilient solutions. Working on projects ranging from £100k to £40 million in the Retail, Leisure, Residential and Commercial sectors, Gary and his team aim to minimise impact and energy use in the construction and whole life operation of the buildings they design.

Having had a passion to deliver low energy solutions to his clients for many years, Gary went back to University in 2008 and gained an MSC in Sustainable Building: Performance and Design at Oxford Brookes. Focussing on Building Physics, POE, Bioregional material sourcing and Dynamic Thermal Modeling, his study and research now informs the holistic, integrated and independent approach adopted by the design and technical team at HPW.

Gary has a very active involvement with the construction industry and sustainably focussed regional organisations throughout the UK. He regularly speaks at and chairs events and is keen to bring his enthusiasm and energy to the AECB team. He is very active in the Hampshire Local Group.

Peter spent his first 20 years as a civil engineer, specialising in large-scale water treatment and land reclamation. He has always been interested in environmental issues and in the early nineties founded the environmental building company Greenbuilt.

With his then work partner Chris Coates they explored Segal style buildings at the Centre for Alternative Technology, and traditional constructions, resulting in their first major project. This was a cruck frame barn in green oak which became a core element of Lanternhouse, a RIBA award-winning artists’ project base and training centre in Cumbria.

Since then Peter has gone on to design and construct buildings large and small, as the Greenbuilt strapline says, “with people for people” – adults with learning difficulties, the long-term unemployed, parents, children, young people and artists.

In 2000 he designed and built the first contemporary environmentally sustainable houses in North Staffordshire, training local building inspectors on the way, and has been looking for as many opportunities to intervene in the regeneration agenda as possible.

As well as construction projects with Greenbuilt, Peter works with arts companies, is the former chair of the trustees of a local social enterprise, Community Works, is a member of Sustainable Staffordshire, a member of Staffordshire Business and Environment Network and a grandad to Zak and Isabella. 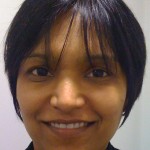 ‘Nidhi is a Certified European Passivhaus Designer and has a degree in architecture form India. Nidhi has worked on sustainable projects, using local skills and crafts in India before moving to UK. In UK she started her career with the Knowledge Transfer Partnership Project with Birmingham City University and Ashram Housing Association to develop sustainable housing suitable to the needs of culturally diverse clientele of Ashram HA.

Nidhi has been organising meetings and events for local Birmingham Group and is passionate about AECB. Nidhi is currently finishing her MSc in Architecture (AEES) at Centre for Alternative Technology and is preparing to set up her own consultancy in the near future.’