There has been a change of heart in Liverpool, and the controversial programme that was set up to sweep away the Victorian terraces of the inner city is morphing into restoration and refurbishment of empty homes – there is even a TV show championing this new approach. Yet, as Marianne Heaslip explains here, the potential to transform the energy performance while retrofitting the fabric is being almost completely missed – and with, it a huge opportunity.

As David White set out in his soapbox article last month, there are serious technical concerns with the Green Deal and the Energy Company Obligation. However, I believe an even greater challenge is convincing people that deep improvements in energy efficiency are possible and needed, if we are to address issues like climate change and fuel security.

Alongside the Green Deal, the ‘Empty Homes’ agenda has made headlines in the housing world over the last year – promoted by Channel 4 as a solution to the UK’s housing shortage. However, these two agendas seems to be missing each other completely. This seems nonsensical when it is acknowledged that low energy retrofit can be messy and disruptive. Surely the best time to future-proof homes against rising fuel prices, and make them more comfortable and attractive, is when they are empty? And would this not also go some way to making them more attractive to potential occupants?

Liverpool, a city that enthusiastically embraced the previous government’s ‘Housing Market Renewal’ policy, now has hundreds of boarded up homes in its inner Victorian neighbourhoods. These were bought up and emptied to facilitate clearance and replacement schemes that may now never happen, as ‘regeneration’ funds dry up, and developers find inner city brownfield sites less attractive in a tight market. There has been a shift in attitudes over the last 18 months, and several refurbishment schemes are in now the pipeline across the city. These should be welcomed as the best use of existing infrastructure – both social and physical.

However, despite one of the original justifications given for demolition being that older homes are inefficient and costly to heat, with problems of damp and condensation, these issues are not really being addressed. This is a huge missed opportunity – not just for the reasons we ‘green’ types worry about, but also for the attractiveness and affordability of these neighbourhoods in the long term, and the health and well-being of the people who live there.

I don’t wish to open a long discussion here about the pros and cons of newbuild vs refurbishment – just to say that energy efficiency improvements that bring older homes to a similar standard to new build are possible – and that obviously this approach involves the use of fewer resources than building new, as the main structure is already in place. This is to say nothing about the value of maintaining the social and economic structure of neighbourhoods, that wholesale demolitions tend to destroy.

In any case, this refurbishment is happening. However, developers involved in refurbishment schemes still seem to view deep energy efficient retrofit as a ‘niche’ interest (deep refurbishment here meaning high levels of insulation and air-tightness to reduce space heating demand to around 40kWh/m2.a, which we know from our retrofit work is entirely possible without breaking the bank). One developer talked about how ‘green’ their refurbishment scheme will be, because it includes heat-pumps and roof-mounted wind-turbines (if they survive the ‘value engineering’ process I will be amazed). This seems to be the same old view of ‘green’ as a bolt-on shiny thing, rather than a fundamental part of a design approach. It also neglects the fact that for many of people, fuel poverty is a serious issue, and therefore so is energy efficiency. If this were viewed as a social justice and public health matter, rather than a ‘green’ issue which only troubles middle-class muesli munchers, perhaps this view would change.

At the other end of the city, a housing association has recently opened a show-home for a refurbishment scheme. They have done a decent job of creating one new family sized home from two tiny terraced houses, but again energy efficiency seems to be neglected. A new boiler and double glazed windows have been installed, but those staffing the show home were unable to produce an EPC, or answer questions from local residents about insulation and fuel bills. Again, the assumption seems to be that this is not something most people are concerned about – however as fuel prices keep on rising and people’s incomes are frozen, this is changing. When one considers that these homes should be made affordable and attractive for at least the next 30 years to justify the whole life costs, this minimal approach to energy conservation is not acceptable – in economic or environmental terms.

In both these cases the lack of emphasis of energy matters is not necessarily because the people involved don’t care about the needs of the people who will live in these houses, or about our burning planet. Rather, it seems to be as much about a lack of understanding, and an assumption that ‘green’ also means ‘costly’.

The developer who wanted to put heat pumps into all their refurbished homes, without considering insulation first, genuinely thought that was the best thing to do. They’d been told they were ‘green’ – but there was no further questioning or understanding of what this might mean in reality for fuel poor residents, switched from gas to electricity as a heating fuel. (Perhaps in the long term these arguments might change – but this would affect people here and now). There wasn’t even a sense of what it might do to the construction budget. Similarly, it seems that in the show-home’s failure to tackle energy efficiency head-on is more about a failure to understand the possibilities, and to grasp that energy efficiency could be incorporated for minimal extra cost and fuss into an already extensive £50,000+ refurbishment.

Unfortunately, this lack of awareness has not been improved by some of the very high-profile TV coverage over the last year, on bringing empty homes back into use. Channel 4 successfully highlighted the issue of empty homes across the UK, resulting in a very popular online petition, debates in Parliament, and the presenter, George Clarke, being appointed ‘Empty Homes Tsar’. I understand that TV needs a simple narrative, and it is perhaps not the place to discuss complex technical and policy issues. However, the need for energy efficiency improvements in older stock was barely mentioned throughout the whole series. There is also no mention of it on the related websites, which would usually be the forum for more detailed information and advice. Yet high bills and problems with damp and condensation had often contributed to the homes being empty in the first place.

Insulation is perhaps not the most alluring of subjects. However, even one televised case study could have demonstrated how, for not much more than the £13,000 they used to refurbish a small terraced property for the TV programme, you could achieve a decent level of insulation, massively reduce heat demand and improve comfort and affordability for residents.  This would have been doubly useful. It could have demonstrated both the possibilities in empty properties, and also for those who already own their own homes, are interested in retrofit, but unsure of what to do. It might also have provided a good forum for discussion of some of the technical issues in retrofit – the matters of moisture movement and control and ventilation and the environmental impact of the materials used, which vex many AECB members.

After all, much as it can be painful to watch as a construction professional, in the last 10 years Grand Designs has helped to change the general public’s view of contemporary design. Could a TV programme do the same for low-energy retrofit? (Though perhaps, some advice from the AECB on how to avoid technical pitfalls and difficulties would be beneficial).

There is an update on the ‘Great British Property Scandal’ on Channel 4 on 7th November, at 8pm. I’ll be watching with interest, to see whether once again the issue of energy efficiency is ignored. 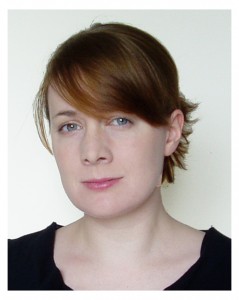 Marianne is an architect at URBED (Urbanism Environment Design) Ltd, where she is currently working on a number of schemes which aim to bring low energy retrofit into the mainstream, with the Carbon Coop http://carbon.coop/ and on a community led retrofit of homes and a bakery in Anfield through 2Up 2Down/ Homebaked. http://www.2up2down.org.uk/

Continue the conversation – please post your response to this Soapbox – and to the Channel 4 ‘Restoration’ update — on the AECB forum here. (AECB members only – please ensure you are logged in)